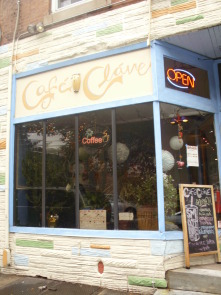 Philadelphia has a longstanding relationship with Cuba dating back to the mid-1700s when Spanish imperial bureaucrats and merchants married into elite Philadelphian families and cemented ties of commerce. Despite prohibitions on both sides which discouraged trade in these early years, Pennsylvania sent many of its foodstuffs to Cuba. According to historian Linda K. Salvucci, “U.S. trade with the Spanish Empire remained centered in the Pennsylvania port” until the mid-1800s when New York displaced Philadelphia “as Cuba’s predominant mainland trading partner.” Nonetheless, according to historian Victor Vasquez, “by the middle of the 19th century, Philadelphia had become important in the manufacture of tobacco products, and prominent among… early migrants to Philadelphia were Cuban and Puerto Rican cigar makers.”

Until 1945, Cubans made up the largest Latino population in the City. By the early 1900s, they worked and lived in enclaves in Southwark and Northern Liberties—where many set up cigar factories and shops—, and to a lesser extent Spring Garden. In 1960 however, the embargo against Cuba brought this commerce in goods and flow of people to a halt. Many of those who arrived after 1959 settled in North Philadelphia in Olney and other adjacent areas away from the old enclaves. Opening in 2008, Café Cláve on 43rd and Locust Streets in University, run by Armen “Gooch” Terzian and his mother Norma, brings Cuban culture to Philadelphia in a unique location and in a new and distinct way.

Gooch’s father settled at 52nd and Baltimore in the late 1950s and started an electronics retail and repair shop on 43rd and Locust in 1961 called Master Electronics. It also functioned as a record label, Master Records. There he recorded such famous Philadelphia Doo-Wop acts as the Lydels. He also recorded the legendary Lazaro Prieto, “the grandfather of salsa bassplaying,” who lived at 55th and Locust Streets at the time. Prieto had becoming famous playing with Arsenio Rodriguez, the musician known for modernizing salsa music. In fact, it was Gooch’s parents’ salsa dancing that made him passionate about music in the first place. “Watching your parents dance and wanting to learn the music to play it is probably the best feeling you could ever have,” he states.

And, as a “music café,” Café Cláve continues to keep the space alive with salsa and jazz. Even the name— cláve —refers to “the two bar rhythmic pattern that is the endoskeleton of Afro-Cuban music. It also refers to the sticks with which cláve is played,” he explains. Throughout the summers, music will be heard at Café Cláve three nights a week—every first Friday night Salsa, Wednesday night Jazz Jam run by Temple music grad Tyler Lynch, and Tuesday night open mic.

Music and coffee have a remarkable way of creating community at the edge of University City in West Philadelphia. The café is frequented by such strange bedfellows as University of Pennsylvania grad students looking for an exotic taste of Café Cubano and recent Ethiopian immigrants to West Philadelphia. “The place has a tropical and friendly vibe—I think everyone’s behind that,” says Gooch. “We provided a place for the community to come together in the neighborhood and out came the regulars. This is where the Ethiopians come to get coffee, so you know we’re doing something right. After all, Ethiopia is the birthplace of coffee.”

Perhaps Café Cláve provides just the right environment for all the seemingly disparate communities of the neighborhood to meet. This because many of the customers not only take coffee together but are also connected through music. Accordingly, Gooch calls cláve “the rhythm of coffee.” Not only do African immigrants come for coffee, but, according to Gooch, they come to play and hear music. And “Little Africa,” otherwise known as the “Rumba Brothers,” “the West Philadelphia guys who have been holding down the tradition of Afro-Cuban rumba for twenty years” in nearby Clark Park, are frequent visitors and performers as well. In fact, they trained Gooch in rumba percussion, a service for which he is forever grateful.

Immediately upon entering Café Cláve, one notices the political artwork. Numerous illustrations and posters of Che Guevara and Fidel Castro decorate the walls, many of which, including one where Fidel Castro is playing baseball, were drawn by syndicated news cartoonist, John Overmeyer, who met Gooch through the café. “Let’s make it clear right now,” states Armen, “my father was instrumental in the development and success of the Cuban revolution, and he knew both men personally.” Perhaps the increasingly sparse spatial distribution of Cubans in the City in the second half of the twentieth century can be attributed to opposing political stances. This may be why, despite the earlier settling patterns of Cuban immigrants, one can find a Cuban café as far afield as West Philadelphia.

Yet Café Cláve helps reinforce connections between West Philadelphia and the broader Latino community in el Barrio around North 5th Street. Terzian, who specializes in Afro-Cuban percussion, was trained in salsa in el Barrio at the former “stronghold of salsa, ‘The 5 Spot.’” Cesar and the Latin playboys, who played there every Thursday for 7 years, took him under their wing. “I’m honored,” he states, “that those guys allowed me to come and sit in and learn from them.”

His own salsa band Los Sol, featured at Cláve, is made up mainly of musicians from el Barrio along with Tyler Lynch. “I’ve handpicked our cats from el Barrio to play here. We’ve got the highest caliber, established Philadelphia salsa musicians coming through.” Argentinians, Peruvians, and Dominicans all perform at salsa nights, just to name a few of the nationalities represented. The music will soon become even more prominent, as Gooch plans to start a music school at the Cafe known as “Cool Beans.”

Still, West Philadelphia is not Cuba; nor is it Southwark or Northern Liberties at the turn of the twentieth century. According to Gooch, “this place is our own version.” I can’t say its straight-ahead Spanish: I don’t speak very good Spanish, though I speak good Armenian, fluently.” His father, though born in Cuba, was of Armenian descent, and his mother Norma came from Romania in the 1950s and is also of Armenian descent. In fact the two met through an Armenian church on 60th and Market Streets in West Philadelphia.

For Gooch, authenticity at the Cuban-themed coffee shop comes from “the method and the mood,” since the trade embargo means that Café Clave specializes in African and Indonesian coffees. “We put the espresso in with the dark brown sugar in the espresso machine and pull it so the dark brown sugar caramelizes; then it goes through the espresso shot and we add a doll-up of milk. That’s our version of Café Cubano.” And, not to mention, Café Cubano goes great with some of “Norma’s own Empanadas,” cooked by the owner herself. Upon being asked about the significance of Café Cubano in Cuban culture, Armen responded, “It’s just the ritual of drinking coffee with your friends that makes it special.” It certainly seems that the ritual has creating lasting friendships and a community in West Philadelphia.