Marmelstein's: "We've All Lived Above the Store" 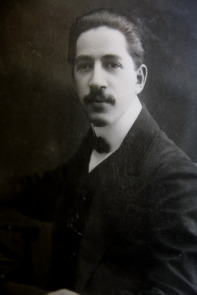 When Abraham Marmelstein arrived in Philadelphia before the First World War, he carried nothing more than a few possessions. He started a life with those belongings, selling fabric and trimmings door-to-door, as a sort of neighborhood traveling salesman. In 1919 he brought his wife Dora to the United States, and they upgraded their business to one of the many pushcarts along South 4th Street. In 1937, the Marmelstein’s purchased the three-story building at 760 South 4th Street, and the family business has resided there ever since.

The Marmelstein’s ran their fabric and trimmings shop from the first floor, lived on the second floor, and rented out the apartment on the third floor to help them pay for the building. Over the years, many family members have lived above the store, including Judy Buchsbaum, the current owner and granddaughter of Abraham and Dora. Marmelstein’s now operates out of two buildings on 4th Street, as well as a warehouse further west on Washington Avenue.