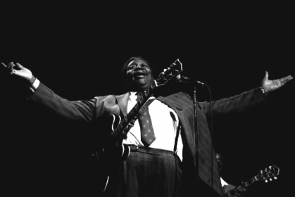 In the 1960s, the early days of South Philadelphia’s Clef Club, all sort of jazz musicians passed through the club as they made their way to and from New York. “Everyone knew that Philadelphia was the place to be. It was a jazz proving ground.” So says Rayburn Wright, longtime jazz musician and Clef Club teacher. “I had a student tell me that someone asked where he was from once, and when he told them Philly, they said hey, let me sit back, let’s get a lesson.”

The Clef Club of Jazz was founded as a social club in 1966, coming out of the Local 274—the Musicians’ Protective Union. Many of the union’s members already lived in South Philadelphia. As the club grew and changed over the years, it has adapted to being a non-profit that teaches and enriches students in the neighborhood. Judging by the scores of young people practicing daily at the Clef Club, the future of Philadelphia jazz looks pretty good.

Additionally, the Clef Club serves as a repository to collect and preserve the history of Jazz music for further research and interpretation by scholars, educators, artists and the general public.