The Pennsylvania School for the Deaf 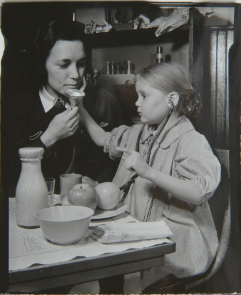 In 1820, according to legend, Bishop William White saw a young hearing-impaired child, Albert Newsam, drawing on a Philadelphia street. Bishop White was so impressed with the child’s drawing that he decided to help provide for the education of the hearing-impaired in Philadelphia. Bishop White soon met young Newsam teacher, David Seixas. Seixas had decided to provide care and instruction for hearing impaired children after observing that there was a need for a deaf school in Philadelphia. In 1819, Seixas took fifteen deaf students into his home and began educating them.

The new building housed the Pennsylvania School for the Deaf opened in late 1821 at the south eastern corner of Eleventh and Market in Philadelphia. The school opened with David Seixas as the primary teacher, Bishop White acting as the school’s president, and a small group of fifteen students. Seixas served as principal of Pennsylvania School of the Deaf until October of 1821. Seixas was replaced by a Frenchman Laurent Clerc, who briefly held the post. Clerc traveled to America in 1816 with Thomas Gallaudet, where the two men established the first school for the deaf in the country in Hartford Connecticut. The Pennsylvania School of the Deaf was only the third school of its kind in America. Clerc’s replacement was Lewis Weld who had been the school’s first assistant principal. By 1825, the enrollment of the school had increased so significantly that it was necessary to move to the school to the corner of Broad and Pine which today houses the University of the Arts.

Since 1820, the Board of Directors had talked about moving the school to a location outside the city. However, they also wanted a location which could be easily reached from the city. In 1889, the school’s Board of Directors bought a new school site in the neighborhood of Mount Airy. Three years later in 1892, hearing impaired students began attending school at the new Mount Airy campus of Pennsylvania School for the Deaf.

Today, the Pennsylvania School for the Deaf provides education for children ages three through young teens in preschool, elementary and middle school classes. The School has a tradition of honoring the past. There is a Heritage Museum with items from all the past campuses of the Pennsylvania School for the Deaf. The school also supports the present community by providing adult literacy classes and early intervention services for parents dealing with deaf infants.