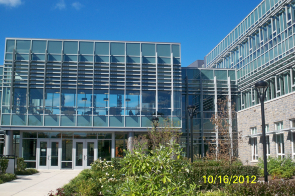 On December 6, 1759, a group of Germantown citizens meeting at the Green Tree Tavern decided that a school should be built for the children of Germantown. They felt their children should be educated in the style of a German education. The members of the committee decided that any citizen of Germantown would be able to make a contribution of 40 schillings or more towards the building of the new school. There were 36 highest contributors known as the ‘managers of the building’. They were responsible for buying the land for the school. They also wrote the school charter and elected the first Board of Trustees. Several prominent members of the Germantown community were on the school committee: Christopher Sauer was a man wanted to see his father’s dream of a public school for the children of Germantown become a reality, Daniel Mackinett, who gave the most money towards the new school. Mackinett became a powerful member of the board of the new public school of Germantown, and Baltus Reser, who was the founder of the Schukyill Fishing Company and a member of the Subscriptions committee.

By February 1760, the Committee was finishing the final design of the new school. The Committee gave the new school an official name; ‘the Germantown Union School House.’ The reason for this name was that the Committee members were cooperating to build the new school. By April 17, 1760, there was enough money to purchase the land for the school. The actual construction of the school began five days later. There were many major delays that kept the school from opening its doors to students until September 4th 1761. Children of all religious beliefs attended the school once it did open, receiving a quality education.

A well-known symbol of the Germantown Academy is its bell tower and the bell. The school’s bell was ordered by Thomas Wharton in 1773. The completed bell was placed on the tea ship, Polly, with a cargo of taxed tea bound for Philadelphia. The Polly’s captain, Captain Ayers, was not allowed to land his ship in Delaware. The Colonists did not want this taxed tea because they had to pay extra money for the taxed tea. The King of England used this money to help run his country. The bell would not come back to America until after the American Revolution. At that time, it was finally placed in the bell tower of the Union School of Germantown.

In the 1840’s the school officially became the Germantown Academy. The name change came after the school went from serving only students to the end of elementary school to serving high school students as well. The Academy celebrated its hundredth anniversary around the time of the Civil War. This period was a troubling time at the Academy. There was very low enrollment and severe money problems at the institution. One of the Academy’s former students, Charles Godfrey Leland, was a source of pride during this difficult time. Leland suggested the use of the word, “emancipation” rather than “abolition” to describe the anti-slavery movement. This phrase changed the purpose of the Civil War from trying to abolish slavery to providing freedom for slaves. The Germantown Academy went on to survive these dark times in its history and, in 1965, the Academy moved to its current 160 acre Fort Washington location.

As recently as September 2010, the Germantown Academy has continued to grow. The Board of Trustees has used the natural resource of the Wissahickon creek to create an arboretum. The school administration has also built outdoor classroom space, a stadium and turf field. These new additions are located adjacent to the creek. Germantown Academy continues to evolve to better meet the needs of its students.

This article was written and reported by [William Gold] of Historical Society of Pennsylvania and originally published on [October 18, 2012].