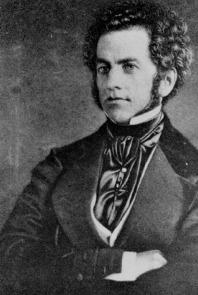 Thomas Dent Mütter’s name lives on in the Mütter Museum, but he was also famous during his own short life (1811-1859). After attending Hampden-Sidney College in his native Virginia, he got a degree from the University of Pennsylvania. Even during this period, his acquaintances considered him both brilliant and eccentric.

At this time in American medicine, doctors were not considered true physicians unless they had studied in Europe. Most traveled to Edinburgh, but Mütter was never one to follow the herd. He instead decided to study in Paris, France, where innovative techniques were tried and the study of cadavers was the norm. His education there arguably gave him an advantage over his colleagues when he returned to Philadelphia to work at Jefferson Medical College. His specialty was what today would be considered plastic surgery. His work changed how both medical professionals and the general public viewed deformed patients.

He soon received a reputation for being talented not only as a surgeon and physician in Philadelphia, but also as a teacher. Rather than asking his students to solely rely on anatomical books, Mütter would show them different specimens of medical conditions. He found this so beneficial that he began to actively collect specimens from around the world to aid him in his lectures. He was influential as the chair of surgery at Jefferson Medical College from 1841 to 1856.

Knowing that he was in poor health, Mütter offered to bequeath his collection of 1,344 items to the College of Physicians of Philadelphia in 1856 on the condition that it was placed in a fire-proof building. He also offered $30,000 for the collection’s care and expansion. He died three years later in 1859, possibly from complications related to gout.

The Mütter Museum is probably the most recognized face of the College of Physicians to the public. Since Mütter’s bequeathal, the Museum has continuously added to its collection, making it a unique national treasure of medical history. Today it houses a cast of the cadavers of the original Siamese Twins, a piece of John Wilkes Boothe’s thorax, and the tallest skeleton in North America. Recently, it even acquired a part of Albert Einstein’s brain.

While the Museum serves as a popular tourist destination, it still fulfills Mütter’s original aim of education.