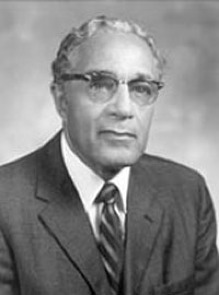 The goal of the African American Museum in Philadelphia (formally the Afro-American Historical and Cultural Museum) is to fully interpret the heritage of African Americans. It has presented more than 60 exhibitions for over 30 years that have touched upon different aspects of that heritage. The Museum showcases fine art, dance, live music and literary performances. Engaging these mediums along with other interpretive methods the museum works to reach a wide audience.

Opened in the bicentennial year of 1976, the Museum owes its success to a number of social, fraternal and religious organizations as well as many individuals. The 1976 Bicentennial in Philadelphia was a large celebration which saw the opening of numerous institutions. The AAMP’s advocates fought long and hard for an African American presence and participation in the Bicentennial. They actually found a patron in the city itself. Both the mayor and the president of City Counsel were in favor of the Museum. Public opinion throughout Philadelphia also was encouraging.

Among the individuals that helped AAMP get off the ground was Charles H. Wesley (1891-1987), the founding director. By the time of his involvement in 1974, Wesley had already had a long and great career in studying African American heritage. He was well-known as a serious scholar and writer. He received his Bachelors degree from Fisk University in 1911, his Masters from Yale in 1913, and a Doctorate from Harvard in 1925.

Wesley was an ordained minister and served as President to both Wilberforce and Central State Universities. He received both many awards and honorary doctorates. In the academic field, however, he was best known for his historical writings on African American history. His titles included Neglected History: Essays in Negro History (1965), In Freedom's Footsteps: From the African Background to the Civil War (1968) and The Fifteenth Amendment and Black America, 1870–1970 (1970) among others.

Wesley signed on as founding director of the new Philadelphian museum in 1974 because he realized its potential. In this role he supervised the exhibitions’ designs, determined which objects would be displayed and generally prepared the Museum for opening. This was his last major career move.

On June 18, 1976 there were more than 4,000 people at the Museum’s opening celebration. The next day 6,000 local, national and international visitors experienced its grand opening. It was officially a success. Shortly after opening, Wesley retired and returned to D.C., but he had already left his mark.

The Museum continues to uphold its mission of 1976. Today visitors can view fine arts, historical objects and beautiful exhibits to discover a fuller version of American history.